False advertising: is there anything else can get you more furious than getting the wool pulled over your eyes?

We don't think so. 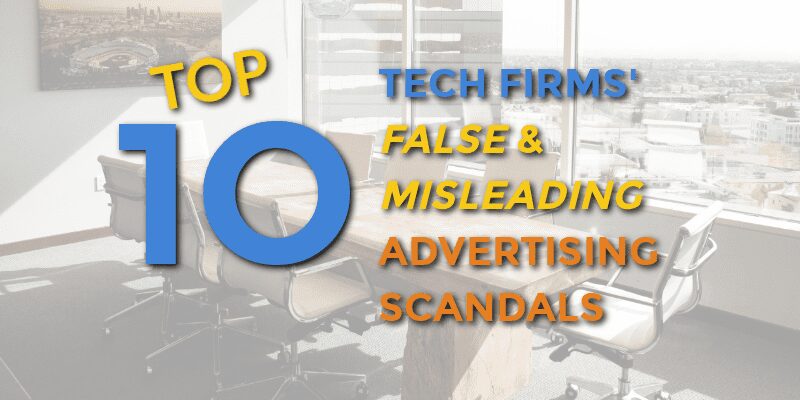 In fact, here are 10 of the most egregious examples of false and misleading advertising scandals from tech firms and online companies that thought they could pull a fast one on their customers.

Snapchat, the social media smartphone app that sold itself on the idea that the photos users sent each other over the platform would last only a few moments before being deleted forever, found itself in hot water after it was found out that wasn't the case at all. In fact, there are a number of ways to retrieve Snapchat images, and this didn't sit well with consumers who had been told otherwise. It also upset the Federal Trade Commission, which penalized the company severely for the way it played fast and loose with the truth.

We've all seen the ads: using the Lumosity app will make you smarter through the "science" of neuroplasticity. Turns out that wasn't quite true, as the company behind Luminosity just didn't have the science to back up its claims. It was especially egregious considering how Lumosity was advertised as a way to prevent or reduce the effects of Alzheimer's disease and other types of dementia! As a result, the FTC fined the company $2 million for duping paying customers into thinking their app would make those customers smarter -- or save themselves or their loved ones from a terrible fate.

It's a nice feeling receiving a notification in your inbox that tells you an old friend from high school or college is looking for you. It's enough to convince you to sign up for that membership site to see just which of your old buddies wants to relive the good old days -- or if your high school crush had a thing for you after all. That's just what Classmates.com did, in a brazen attempt to boost membership. Unfortunately, the emails were false. Classmates.com paid for its duplicity to the tune of two separate settlements totaling more than $20 million for preying on peoples' emotions.

Online coupon service provider Groupon has a pretty sterling reputation for saving users money, which is why it was a real shock to discover it was running ads for group rates to tourist attractions like Alcatraz Island and wineries in the Napa Valley without actually offering these coupons on its website. Not a good move, considering Groupon ended up getting dragged into court in California due to these false and misleading practices.

Love it or hate it, there's no denying Facebook is a major advertising powerhouse. This is why the revelation that any number of Russian propaganda provocateurs used Facebook's advertising services to try to skew the 2016 presidential election through running false and misleading ads is so infuriating. The only thing worse is how nothing seems to be coming from it, truly proving that there are times when we are at the mercy of advertisers everywhere.

Major auto manufacturer Volkswagen went to bat for the technology in its diesel engines for years, claiming through ads that they were more ecologically friendly and emitted fewer pollutants than older model diesel engines. This turned out to be spectacularly untrue, as they (and other auto companies) had been cooking the books on emissions for years. Not only that, but the duplicity also made millions of car buyers unwitting accomplices in helping to ruin the environment with diesel fumes that they thought were better for the health of the planet.

In one of the most high-profile cases of misleading advertising ever, tech company Triton made major headlines when it launched a Kickstarter campaign for its Triton Gills. The device looked like something out of a science-fiction movie, with Triton claiming that the Gills supposedly let users breathe underwater by extracting oxygen from water as you swam. It was only until after raising nearly $900,000 in funding, they then revealed their Gills don't work that way, prompting them to return every cent.

Now for a bit of a twist: this time it's advertisers getting taken advantage of by an advertising platform, not consumers. Video giant YouTube has gotten into hot water not with consumers but with advertisers for the way they've been selecting content for featured ads. Despite saying they would respect the wishes of big companies like Dish Network, PepsiCo, AT&T, and others, YouTube has been placing ads on uploaded videos that feature offensive, violent, and extremist content. The company has since apologized, though many big brands dropped their campaigns in protest.

You read that right: even Apple has been on the wrong end of the law when it comes to its advertising. Marketing linked to the release of its iPad 4G falsely advertised that the tablet's 4G connectivity would be universal when, in fact, 4G could only be used in the United States and Canada. The major faux pas earned it a $2 million fine, though that's not much more than a drop in the bucket for the deep-pocketed Cupertino company. Apple is sitting on literally billions in liquid capital, making the mistake a relatively cheap one for the tech giant.

Uber, the tech-savvy ride sharing company that lets you call a ride from anywhere with your mobile phone, has a terrible track record when dealing honestly with its employees. The FTC had to get involved after Uber advertised incredibly misleading job postings on Craigslist promising tends of thousands of dollars a year more than humanly possible. The mistake cost the company $20 million in fines. Don't worry, Uber is still busy self-destructing, so there will be more news out of this company any day now. 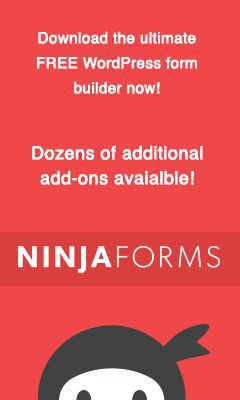