Facebook has added a new feature to your Facebook comments where you can now upload pictures into your comments. 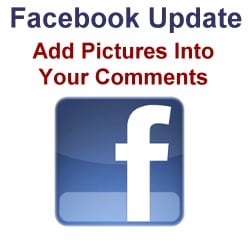 Been a while since I have talked about any Facebook updates, (or for that matter spoke about Facebook at all.) But this one is pretty cool, adding images to your Facebook comments!

If you don't know or haven't noticed the new status update where you can add a picture directly into comments, here is how you can do it.

Until now (June, 2013) you could only add text and links to your comments. Now Facebook has given you another way to be more engaging, you can reply to comments with images.

For example, I posted something about the universe on one of my Facebook posts, somehow the conversation go turned into a conversation about bacon, (which I believe almost all conversations do). So at this point, it is a great opportunity to insert a picture of bacon.

Step One: Add your image 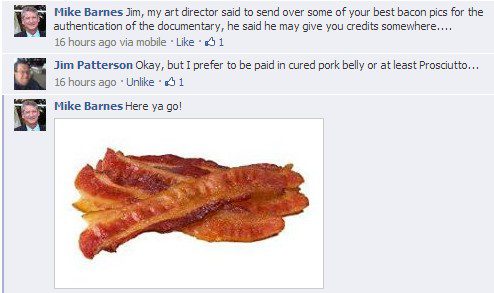 Keep your eye open for another update in the month that is a long time coming.. HINT: Being able to edit text on status updates after posting.