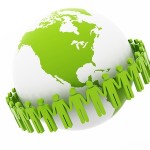 Having a good online business relationship with a 'top influencer' on Twitter will have you major advantages over your competition. Having influential people on Twitter re-tweeting you on their page and communicating with you on your page is one of the big factors in being successful on Twitter. Doing this will help you get your message out on Twitter and drive more traffic to your cause than you probably thought possible.

In order to build these valuable relationships, it all starts with the basics that you will hear at any sales seminar. You have to develop your relationship with a "Like, Know, Trust". A good way for you to get that is to "Listen, Engage and Participate".

There are several techniques to getting new fans on Twitter, many of which are automated. We are not saying that you should not (to some degree) automate Twitter, but we must also warn that you can automate yourself completely out of the online business if you take automation to far.

Use Twitter Tools to Build Relationships with Other "Influential" Tweeters.

Using tools that are available to us can be a great help in not only some of the automation process, but also in the relationship building process!  Understand that by using good automation tools you are only building a better engine for your vehicle, you  will still need to keep your eyes on the road.

Create Your Following by Targeting Others

Some of your most influential followers may come from 'hunting' them out first. You have to show the top influencers that you are serious before they will ever take you seriously. Once you gain their appreciation and trust, there is a better chance that they will then, in return, start sharing what you are offering with their followers... and their followers sharing it with theirs followers, so on and so on until it goes 'viral'... that is how it works, but that is only where it starts.

By using good automation tools, you are only building a better engine.
You will still need to keep your eyes on the road.

In many cases you will have to be the one that:

Though this is only one of hundreds of techniques to use, this one can get someones attention... now you just need to be watching when they reply.

It is important to also understand that when someone who is a large Social Influence re-tweets you, it is likely that tweet will show up in several other locations they have profiles, such as LinkedIn and Facebook... where they also have a large following. An experienced Tweeter is sure to have their Twitter RSS FEEDS set up to go to many other 'hidden' locations that result in extra amplification.