Viral Marketing Is About Creating an Experience

With social media really hitting its stride lately, not just as a way to keep grade school friendships alive, but also as an invaluable tool for advertising, marketers everywhere are wondering how a social campaign can offer a solid return on the initial investment.

Social sites like Facebook, Twitter and now Pinterest are being monetized, leaving internet marketers to consider how to turn all of that potential into something that benefits your bottom line. A recent high-profile viral campaign sheds some light on the benefits of social marketing and points out some of its potential shortcomings. 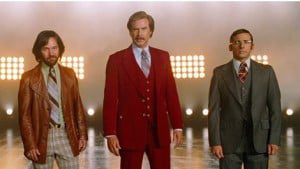 Over the last few months, the marketing campaign for Anchorman 2: The Legend Continues has been taking America by storm. It was an ambitious campaign, spearheaded by Jack Macleod of MXM Social.

For months, Will Ferrell has been making appearances on talk shows and in commercials in-character as the titular anchorman, Ron Burgundy. He’s even popped up in small towns throughout America, appearing in grainy cellphone photographs not unlike those taken of Bigfoot.

With Ron Burgundy as visible as he is in the media, some are actually beginning to question whether he is, in fact, overexposed.

Tying up the Loose Ends of Viral Marketing 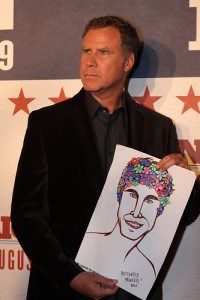 MXM’s Jack Macleod has expressed concerns of a different kind. While he agrees that the Anchorman 2 campaign has been wildly successful in making headlines and creating buzz about the upcoming film, he questions how successful other brands could be if they were to imitate the campaign.

He clarified by saying that any campaign that hoped to follow Anchorman 2’s lead would need to be tied closely to social data for CRM purposes. Using films as an example, he also pointed out that a social campaign could create a built-in audience for DVD marketing down the road. Fans interacting with the viral videos should also be offered opportunities to purchase tickets for the film in advance.

In other words, while the process might start with an inventive approach to viral marketing, the follow-through is even more important.

The cost of SEO and social media marketing is small compared to the potential gains. While the Anchorman 2 campaign is undoubtedly one of the most ambitious and expensive of its kind, brands with modest budgets can also benefit greatly from a smartly crafted social media campaign.

In fact, to call it a “campaign” actually does it a disservice. The most effective campaigns are better thought of as “experiences.” Those who have experienced Ron Burgundy “in the wild” come away with the feeling that they’ve experienced something singular and memorable.

While the biggest and arguably most successful aspect of the Anchorman 2 campaign is the awareness-building stage, experienced marketers know that there’s a lot more to it than just getting people talking.

A successful social media campaign will guide the audience from awareness to consideration and, eventually, it will make them loyal followers. The good news is that you don’t need a budget the size of Ron Burgundy’s ego to make it work.

Even on a smaller scale, social campaigns can make a lasting impression. It starts with compelling and shareable content, and the follow-through involves removing as many barriers are possible between the customer and that coveted conversion.