The Secret to Viral Videos 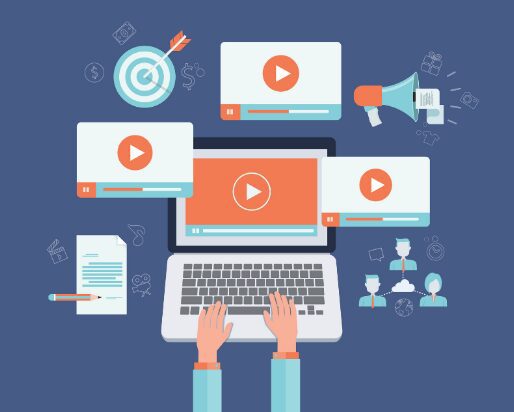 Before the Internet (I know, hard to believe) and viral videos, there were Super Bowl commercials. They were incredibly expensive to produce and run, but just like viral videos they put those companies into the forefront of the public’s conversations for the next week.

They encouraged excitement about a brand or product, and promoted audience awareness of it. However, most businesses don’t have the supersized marketing budget of Budweiser or Doritos.

Thankfully though, that is where viral video marketing comes in. Just like with a Super Bowl ad, the making of a viral video is a carefully planned process and not a spontaneous stroke of luck. Businesses need to masterfully craft their content and strategize on how to best set up their videos for success. To help you achieve this, here are few secrets to viral videos.

Videos Must Provoke an Emotional Response

Resonating with the audience on an emotional level, not only captures their interest but further encourages sharing of the video. For a business, it is best to have your video provoke a positive reaction as it is associated to your brand. However, it can be anything ranging from humor to joy.

Take for instance Dove’s Real Beauty campaign, where they empowered women to embrace their natural features and created a national conversation on the standards of beauty. By creating a powerful message for their audience, Dove transcended above from being a simple beauty product retailer to a proponent for realistic female beauty standards.

Do keep in mind not to overplay the emotional factor, as then your content will seem manipulative. After all you don’t want it to be another ASPCA-Sarah McLachlan video.

Time Your Video and Posts Appropriately

When you post your video is also another key factor to its viral success. It’s best to post content at the beginning of the work week such as Monday during normal office hours. As this is when people start going through their social media networks to fill in the time. It also gives your video the chance to build momentum and views throughout the week, since social media activity drops severely by the weekend.

In addition, your videos should be no longer than 30-120 seconds in length. Anything longer and it becomes increasingly difficult to keep the audience’s attention. With this in mind, your content and message will need to be clear and concise.

It goes without saying that your video should have unique content. While it can seem to be a Herculean task to accomplish this, as a business you have the valuable resource of an established social community. Video ideas and even video content can be generated and inspired from users in your network.

Another aspect of viral videos is that their content is both relevant to the business and the message is clearly relayed to the audience. For example, Dollar Shave Club’s campaign while humorous had a clear and simple message: Razor replacement blades are expensive and in the long run end up costing more than the actual razor.

Even more important to your business and video’s success is to build and cultivate an active social community. Especially since hundreds of videos are uploaded to YouTube every minute and you don’t want yours to be lost in the crowd.

Not only does having an active social media presence guarantee you an already captive audience for your content, but also serves as a launch pad for your video. Another point to consider is to go beyond posting on the usual social media platforms such as Facebook and Twitter. Sharing your video on networks such as Reddit or Socialcam, can improve your video’s visibility and viewer base.

Through this post, we’ve revealed that the winning formula behind viral videos isn’t celebrity cameos or adorable animals. It’s the result of strategic planning of content, post timing, and social community building that encourages shares and retweets. All of which can be accomplished through your in-house marketing team or with the assistance of a digital marketing agency.

While not all videos will go viral, following these tips will boost your chances of succeeding. Lastly it all else fails, having a quick Beyoncé cameo can’t hurt.