How to Get More Relevant Searches from Google

Looking for a few tips to using Google Search to get more reliable, more accurate information on your searches? Here are a few tips to searching Google we hope will help!

I will stick with the evil empires Google as a search engine because it is the most widely used. The most important thing to think about before your search is thee relevance to what you are looking for. We search quotes differently than we search for something someone might have said.

When this ask Jeeves generation began we often asked Google questions like it was a human with words like “How” and “Why” and the unforgivable question mark. My Golden Rule for Google (for the most part) is:

Use the least amount of words as possible. Leave out articles.

All information really is not the same. Videos, newspaper articles and current events are all treated differently.

The most important feature on Google.

Two choices Time and All results. All Results two more choices “All Results” and Verbatim. I have never used this.

“Time” is the one that really helps. I will tell you how.

Your Choices and Their Uses. 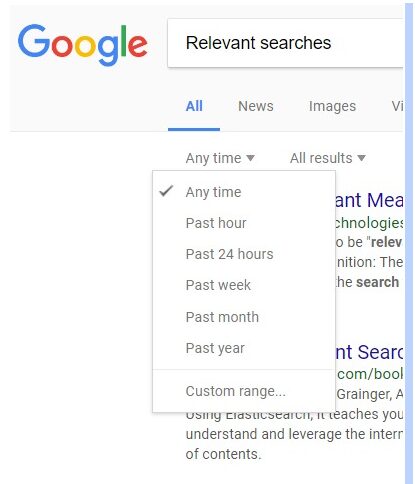 Custom range gets its own title for this is the most important tool. It can be time consuming but is worth it.

I would say that the most important “tool” of this tool is actually using itt in the opposite way you would use 1-4. Often when I need to find something it is currently popular in internet culture. By doing a simple monkey search you will only get the latests dumbest most relevant info on this topic.but you know there is better more accurate OLDER info. Lets see how.

Today is January 2, 2018. I just searched monkey style George Takei Howard Stern. This example is special to me because I actually broke this story. Lets see.

When Takei was being accused of groping that drunk dude, I saw on a message board someone say, I bet Stern has some stuff on his show that will get him in trouble. Takei sexual harassment? No way. He just got accused. I have to Search Takei before he was accused. Anything I searched would come up with dude accusing.

News broke of Takei on November 10. So anything I look for on Stern will have to be before then. Next is the wording. How can I get to hear Takei talk about sexualling assaulting someone? The guy talks about private parts all of the time.

Then it hit me. Weinstein is in the news. I bet Takei has an opinion about Weinstein. So I typed in Takei Stern Weinstein Tools > Custom Range> Before 11/09/17.

Well, the video I found that had the incriminating evidence has been removed. But you can see here that I broke the news on November 11 2017 and  the raw video still exists. See Tweet halfway down. https://metro.co.uk/2017/11/11/listen-to-george-takei-admit-just-weeks-ago-to-sexual-assault-7072004/

When digging in Google try to be as specific as possible with the tools but not as much with words. Unless its quotes. Be very specific.

As an online investigator images can bring the biggest clues or the funniest hoaxes. Reverse image is key.

When saving Images its best to rename them for easier access. Drag and Drop into the engine and see where that picture came from. 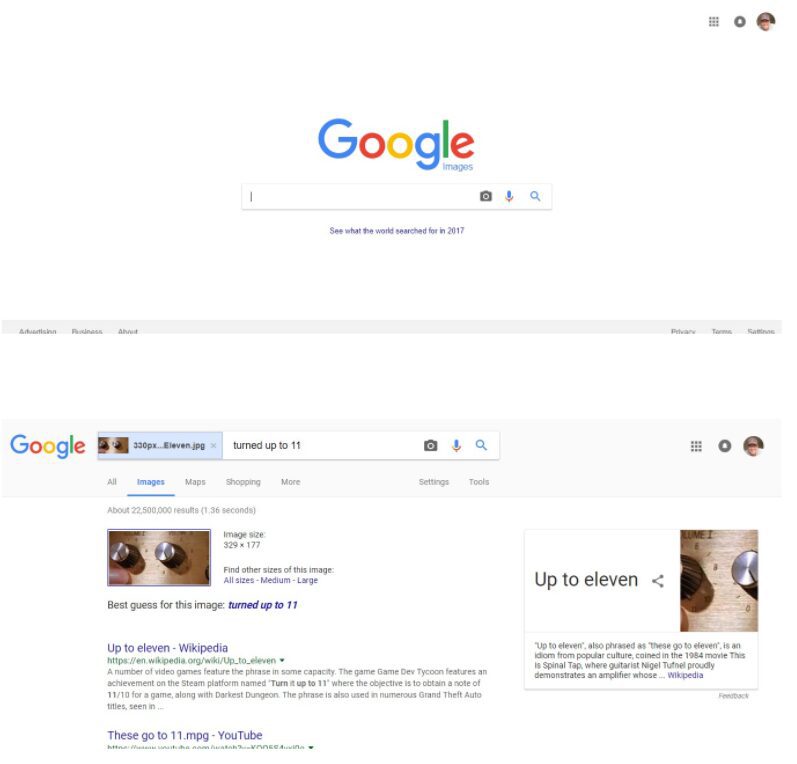