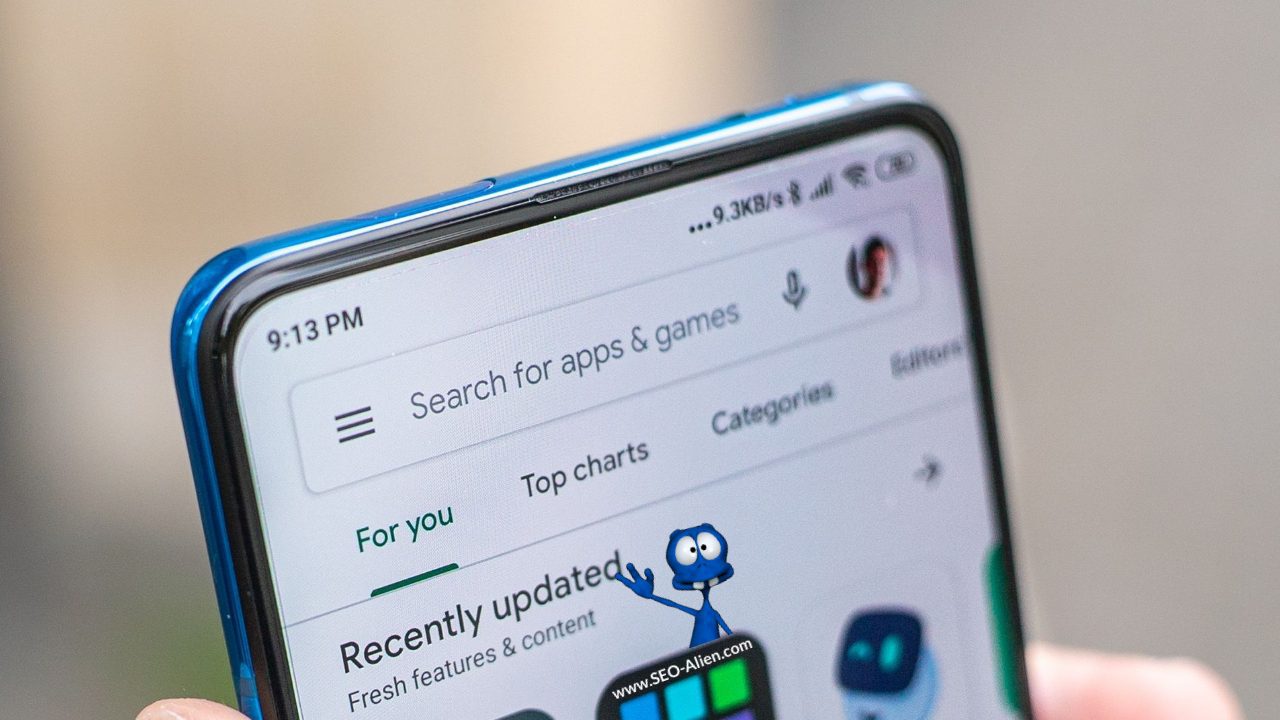 In today's digital world, the words "there's an app for that '' have never rang more true. As of 2020, there were a whopping 8.93 million apps! If you're an app publisher, this can be daunting when figuring out how to get people to notice your new app. That's where App Store Optimization, or ASO, comes into play.

What is App Store Optimization (ASO)?

ASO is similar to Search Engine Optimization, which you're undoubtedly familiar with. Just like SEO has the goal of getting your webpage towards the top of a search, ASO is a combination of strategies designed to get your app towards the top of a query in any given app store.

We'll discuss these strategies in depth but for now, understand that ASO is a method of getting your app towards the top of the search results, so that more users download it.

What Does ASO Do for Your App?

Just like SEO can make your website seem more legitimate than those further down the scroll, ASO can legitimize your app. Think about the last time that you searched for an app - did you choose one of the top three, or did you scroll through results? More than likely, you went with one of the first that came up because it appeared superior.

By using ASO to your advantage, you increase the number of downloads and, ultimately, your revenue and user count. After all, if people don't see your app, they aren't downloading it.

Before we move on to the strategies, let's examine how vital that last benefit is. By merely appearing towards the top of a search, your app appears to be more trustworthy. The user thinks your product must be legit if it comes up first, so they're more likely to download it without further research.

If you're a publisher, getting your app in the top five of search results is crucial. That's why ASO is a major tool for you to add to your belt.

Another major benefit of ASO is that it helps create organic traffic. When publishing, it's not just important for your app to be found; it needs to be found by your target audience. For example, when we launched the Zutobi theory test app to help drivers with tips and preparation, we included keywords that our
target audience would search for so the RIGHT customers would find us.

So, what does organic traffic lead to? You guessed it: higher conversion rates. If the right customers are finding your apps, they're likely to download your product, and your sales will grow. However, if you aren't using strategic keywords and someone finds your app while looking for something different, they'll probably skip over yours every time.

Whether your revenue comes from ads within the app or getting the customer to buy add-ons, you won't be profitable if they're not seeing your app and downloading it.

The two major app stores are Apple App Store for IOS and Google Play Store for androids. In either store, you type keywords into a search bar, and your results pop up below. What does vary somewhat is how you publish apps and how they rank them.

What many consider to be the OG in the app store world, Apple App Store has 1.96 million apps available for download. There's a review process for each app that's submitted to publishing, and Apple's process is slightly longer than Google's, taking around three days, after which your app is available roughly 24 hours later.

When choosing your keywords for ASO, Apple has a designated field to put them in, and they shouldn't be repeated in any of the fields. You'll see that this is different from Google Play.

Google Play Store has 2.89 million apps and is slightly quicker to publish apps than Apple. The process for submitting a new app is similar to Apple and can still take up to three days to go live.

The way that they rank their apps is like a typical Google search: they consider all elements, and repeating keywords multiple times WILL help you appear higher in the results.

Effective Ways to Optimize the App

Now it's time to get down to the nitty-gritty. How exactly do you optimize your app for the app store? Let's start with the beginning.

Choosing a title that is clear and unique is the first step in boosting your app. Choose something memorable but that will fit within the app store's character limit, which is usually 30-50 characters.

Your subtitles are equally important as that's where you can place several keywords. Think of what you would search for if you were looking up the app. For example, if you were searching for Zutobi - you may use keywords such as highway code, test, driving, HGV prep, etc.

The next item to consider is your description. This is what a user will read to decide if they want to download your app. Make it informative and engaging but under 4000 characters. It's also used for the Google Play app store algorithms, so it's another place to use keywords to rank higher.

Sticking with the same app from above, a good description would grab the reader's attention and entice them to want more. It would also make them believe that by using the app, they'll gain enough knowledge to ace their test while having fun learning.

If you think ASO is all about the words, you're missing a key ingredient: aesthetics. One of the things that helps a user make a decision is the use of screenshots and videos. In fact, about half of the users will base their decision on this, so use several that are illustrative of your app.

In the Apple Store, these are called App Previews, whereas Google Play calls them Promo Videos. Regardless of the name, they should tell your users a story and be in the orientation that they would see in the actual app, be it landscape or portrait.

Another component of ASO that directly affects your ranking is the number of downloads that your app has. Now obviously, you don't have control over this, so it can be frustrating to observe. However, if you're diligent about all of the other steps we've covered so far, this number should only go up.

Your ratings and reviews are equally important for ranking and almost equally out of your control. But don't make the mistake of ignoring them! Both app stores take these into account, so find ways to incentivize your users to leave a review. Take critiques into careful consideration as they can be a good indicator of needed updates.

Building of Backlinks in the ASO Strategies

Backlinks are another component that plays a large role in ASO and also in building your business in general. Simply put, a backlink is a link to your website that is put on another website or blog. To be effective, this isn't usually a website or blog that you own but rather one that you partner with and that gives the reader more information about your app or business.

These links are used all the time in SEO, but they're just as important in ASO because they help your keyword rankings. Plus, it gives readers another link to find you, which is always a good thing.

The final steps in ASO happen after you've done all of the above and are published. The work doesn't stop if you want to get to the top and stay there; you have to continue to encourage downloads. Track your users and see what's working and what's not. Push regular updates every two weeks to keep your app performing well and improving.

Push for Ratings and Reviews

As mentioned before, don't be shy to ask for ratings and reviews. For example, if it's a weight loss app, ask for one after they update their weight or reach a goal. But remember, you can only ask so many times a year.

Marketing and Advertising Across Platforms
Even with all of these steps, you should still invest in marketing your app if you want to see downloads continue. Use services such as Google Ads, in-app advertising, Apple Search Ads, and social media ads. These ads range in investment but can greatly increase your revenue if used wisely.

ASO & Your App: The Takeaway

To wrap it all up, ASO has many steps that take an investment of time, effort, and money but remember: your app requires the same investments, so don't let them go to waste. To be a successful app publisher, it's crucial to become an expert at App Store Optimization and to be a constant learner as the algorithms can (and do) change frequently. Happy publishing!

About the Author: Leo Waldenback

Leo Waldenback is the co-founder of Zutobi Drivers Ed, a gamified e-learning platform focused on online driver education to help teens get their license. Leo founded Zutobi to make world-class driver's education fun, affordable, and easily accessible for all.